Mark Mulholland is a travelling singer, guitarist, songwriter and producer, whose musical peregrinations have taken him from his native Scotland through most of Europe and North America, via Haiti and Mali, where he lived for several years, and now to France.

Always combining his solo career with various bands and projects including Two Dollar Bash, an acoustic folk/country/blues group with whom he has recorded 4 albums, he is also in demand as a session musician, having made recordings over the years with Nikki Sudden, Captain Sensible, Toumani Diabate, Tony Allen and many other artists, and as a producer and engineer, producing two albums for Glitterbeat Records, as well as recent work with Rachid Taha, Tony Rose and Afel Bocoum, whose new album “Lindé” he recorded and co-produced with Paul Chandler, Damon Albarn and Nick Gold. His influences include Celtic folk, country, reggae, blues, jazz, rock and punk, and beside acoustic and electric guitar, he also turns his hand to other stringed instruments including banjo, mandola, bouzouki, bass and lap steel guitar.

Mark’s songs have been covered on albums in the USA (Barleyjuice, Sharla June and the Mayhaws), the UK (George Stott) and the Czech Republic (The Lazy Pigs) and also feature in the live repertoire of a wide variety of artists throughout Europe, America and beyond.

As well as multiple albums with bands, he has released two solo albums, “The Devil on the Stairs” (2008) and “The Cactus and the Dragon” (2011), both well-received by critics. September 2012 saw the release of “Waiting for the Storm”, a collaboration with former dEUS guitarist Craig Ward and Belgian double bass player Hannes d’Hoine. The album was chosen by the Telegraph as one of “five summer treats of British folk music”, and rated by R2 magazine as “one of the best albums of 2012”. His new album, “Revolutions go in Circles” is out now. 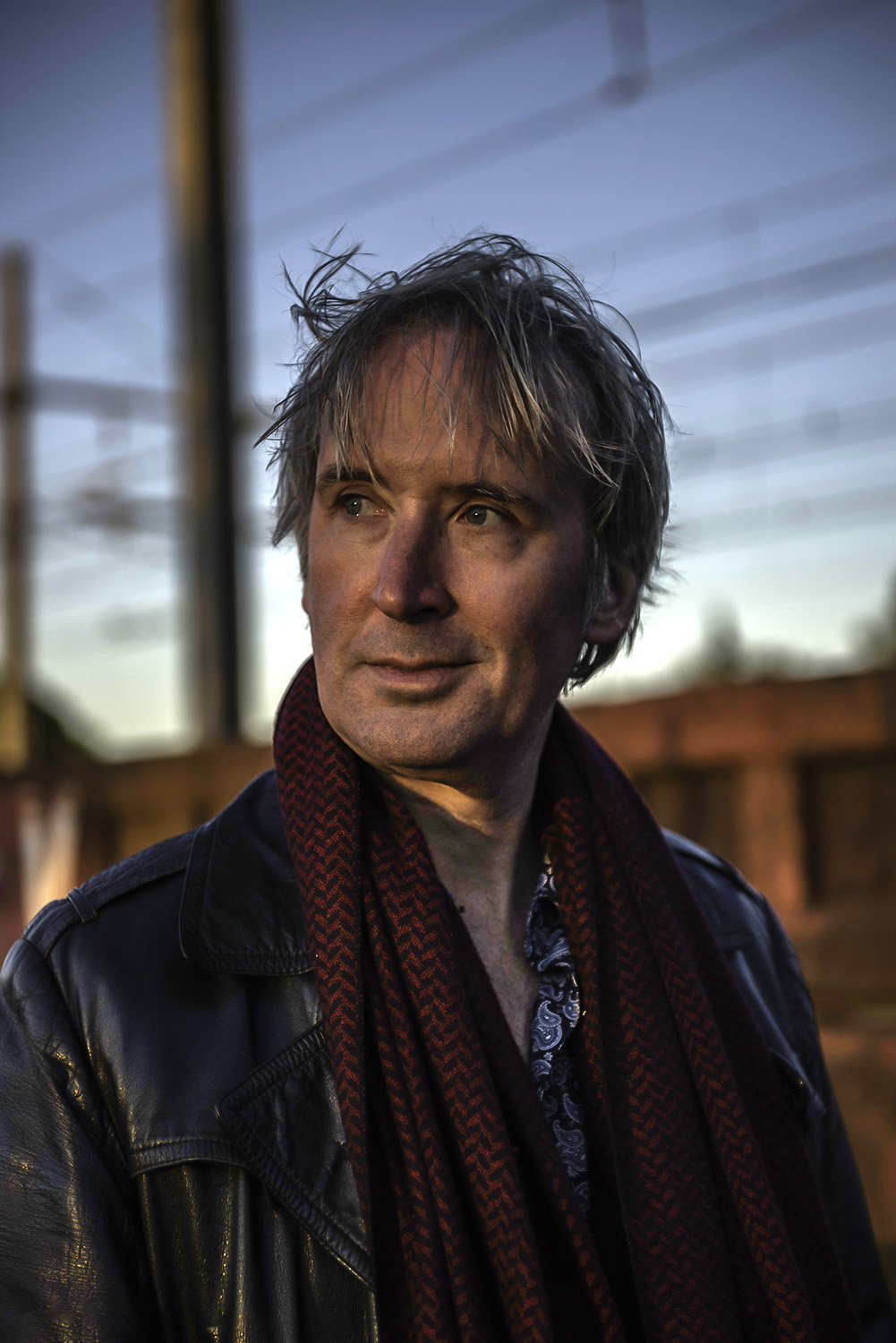 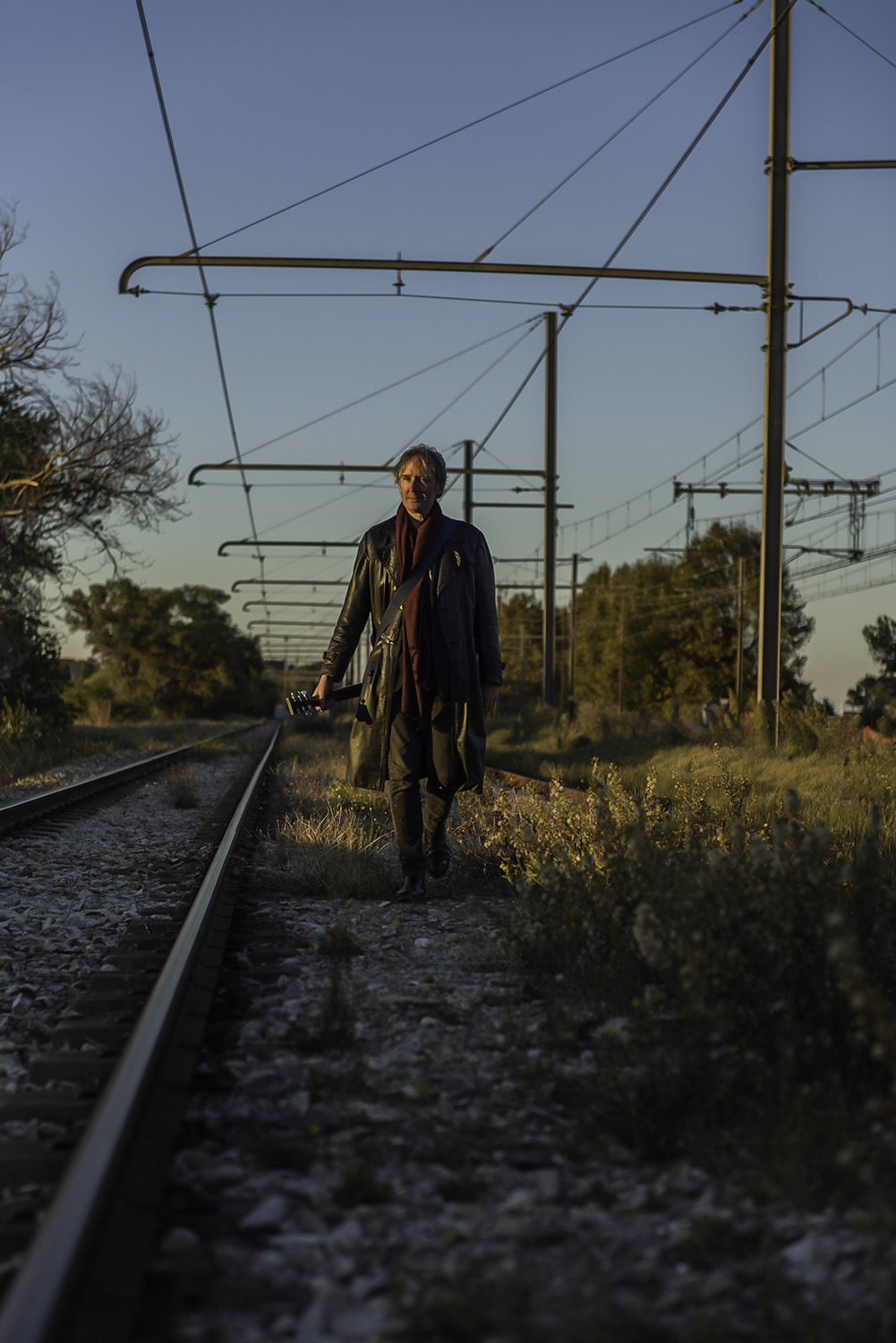 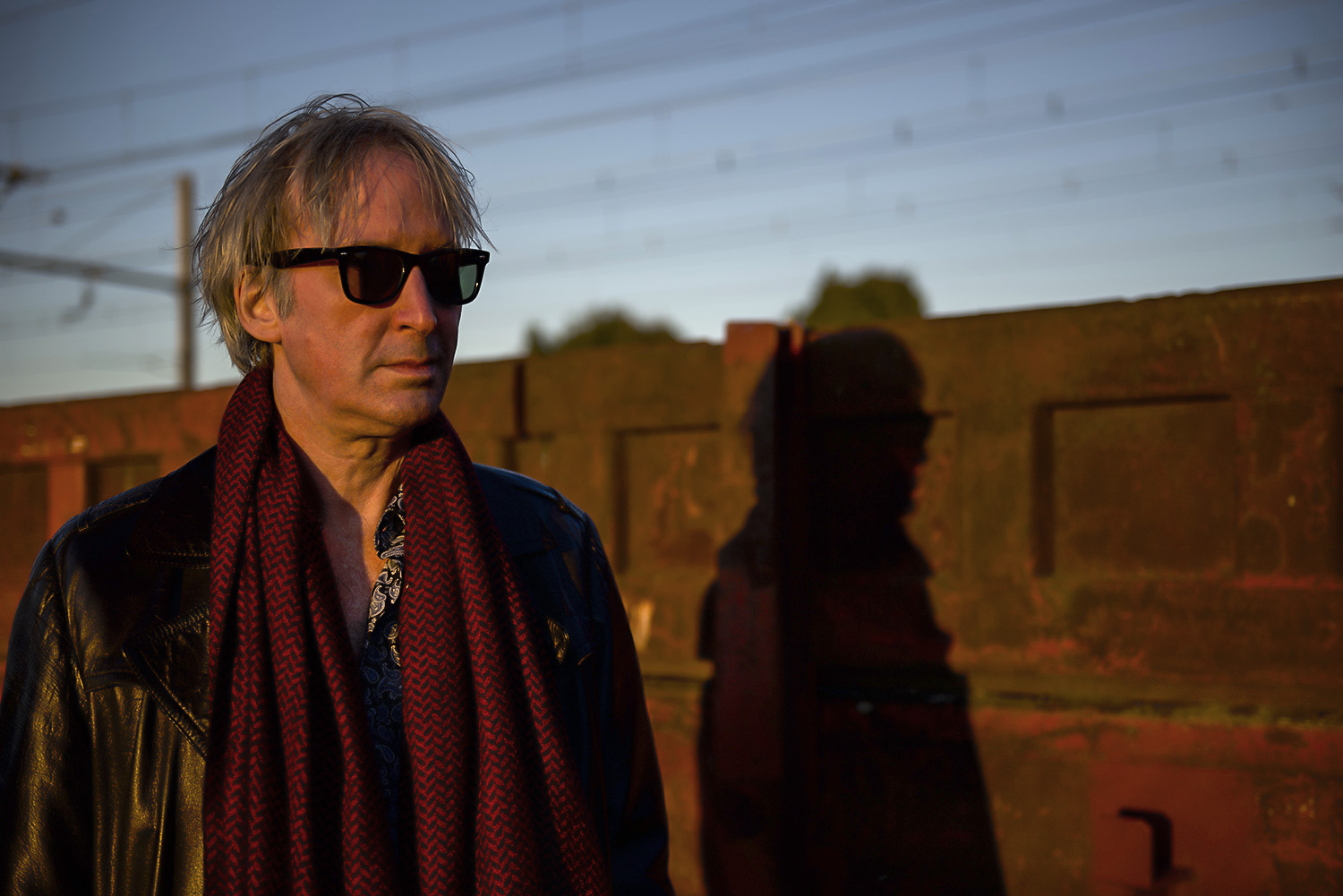 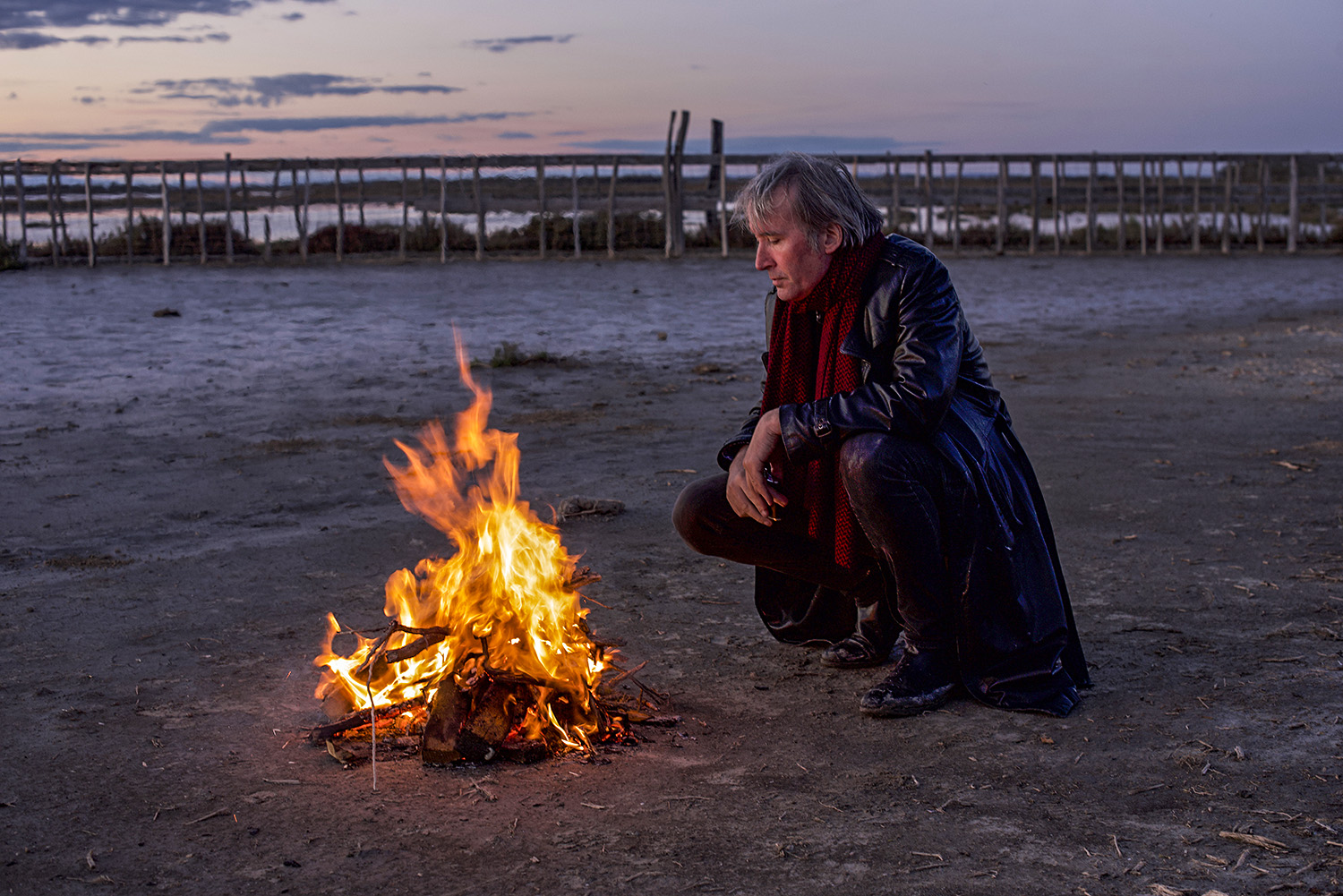 After years of splitting his time between Berlin, Paris and other European cities, Mark moved to Haiti in 2010, where he worked with young local bands in a cultural centre in Port-au-Prince, as well as collaborating with many established Haitian artists, including the world-renowned writer, painter and actor Frankétienne, with whom he composed, recorded and produced an album of spoken word and music called “Chaophonies”, released in 2014, followed by an album recorded in San Francisco with two long-time musical partners, Rusty Miller (Jackpot, Cake, Chuck Prophet, Jason Lytle) and James Finch Jr., under the name Rummage, entitled “Somewhere Else”, released in May 2016. Just before leaving Haiti, Mark played in a project with the legendary Nigerian drummer Tony Allen, along with Sanba Zao and other top Haitian percussionists, bassist/keyboard player Jean-Philippe Dary, and electronic musician Olaf Hund, and the resulting album, produced by Mark, was released in June 2016 by Glitterbeat Records under the name the Afro Haitian Experimental Orchestra, which reached no.5 in the Transglobal World Music Charts. In September 2014, Mark and his wife moved to Bamako, Mali, where he worked with many of the fantastic musicians there. In 2016, Mark produced “Kidal”, the 5th album of the Malian Tuareg band Tamikrest for Glitterbeat, released in March 2017.

Together with Toumani Diabate, Mark founded the Festival Acoustik Bamako, an international music festival in the Malian capital in January 2016, which has now had 3 successful editions. The project with Hannes d’Hoine and Craig Ward has expanded to include the brothers Yacouba and Baba Sissoko, under the name Alba Griot Ensemble, blending Celtic and mandingue influences. The band recorded an album with Grammy-winning producer David Odlum, which features guest appearances by Tony Allen, Madou Sidiki Diabate, Pamela Badjogo and Toumani Diabate. On its release in September 2018 by Riverboat Records, the album reached No 2 in Roots Music Report’s World Music Chart. Before leaving Mali, Mark wrote and recorded 2 albums with the young Malian singer Kankou Kouyate, the first of which was released in December 2019 to international critical acclaim. In March 2019, Damon Albarn invited Mark to participate in the “Africa Express, the Circus” concert in London, where he collaborated with artists including Albarn, Imarhan, Kinshasa Sound System, Warren Ellis and Nick Zinner.

“When I play his songs, I find out quickly who among my listeners knows what it’s like to fall in love, or fall apart, or dream a drunken dream, or smile at a sunrise from the back of a truck. Those people are the ones who say, “Wow, what a great song.” Bill Hangley Jr. 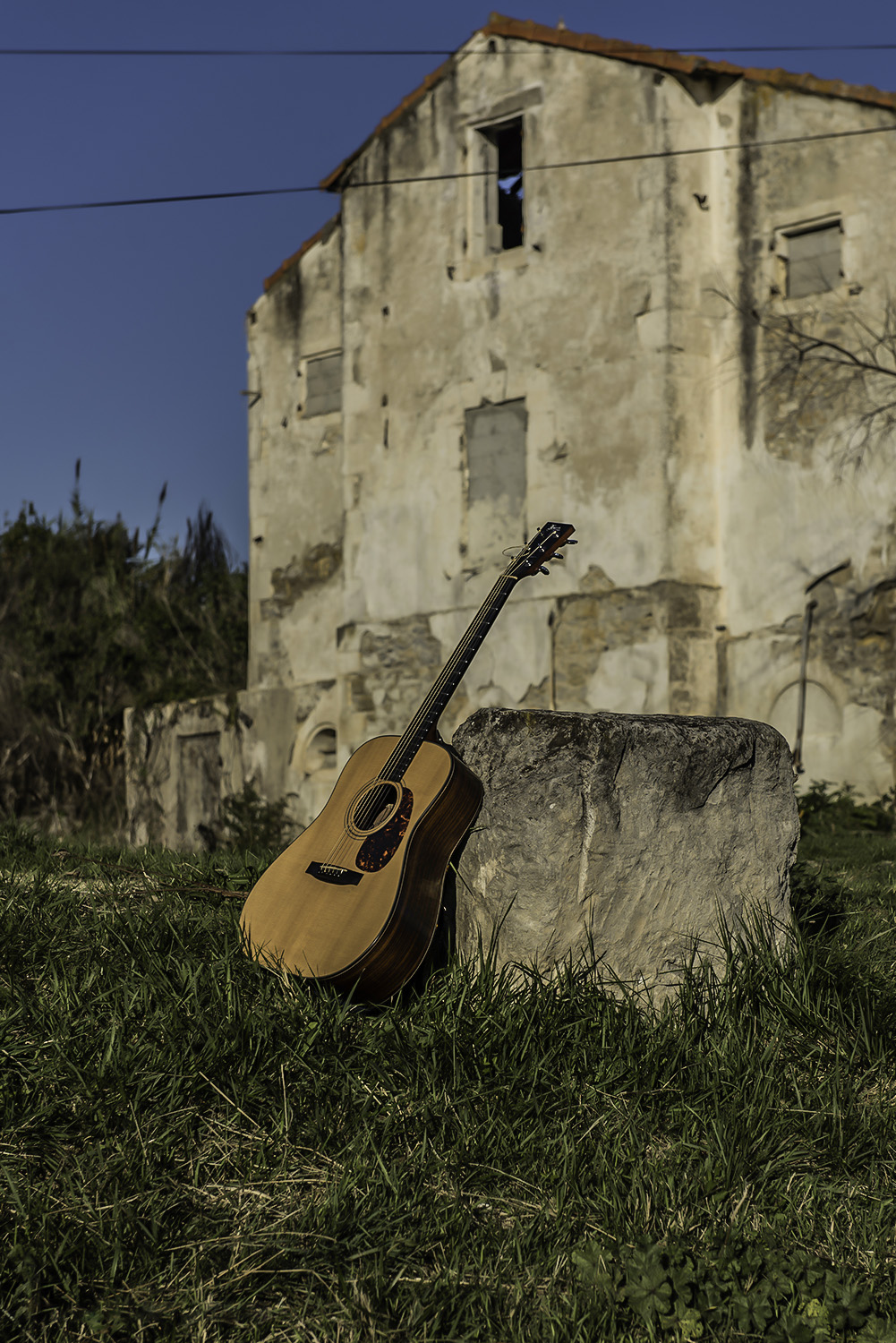 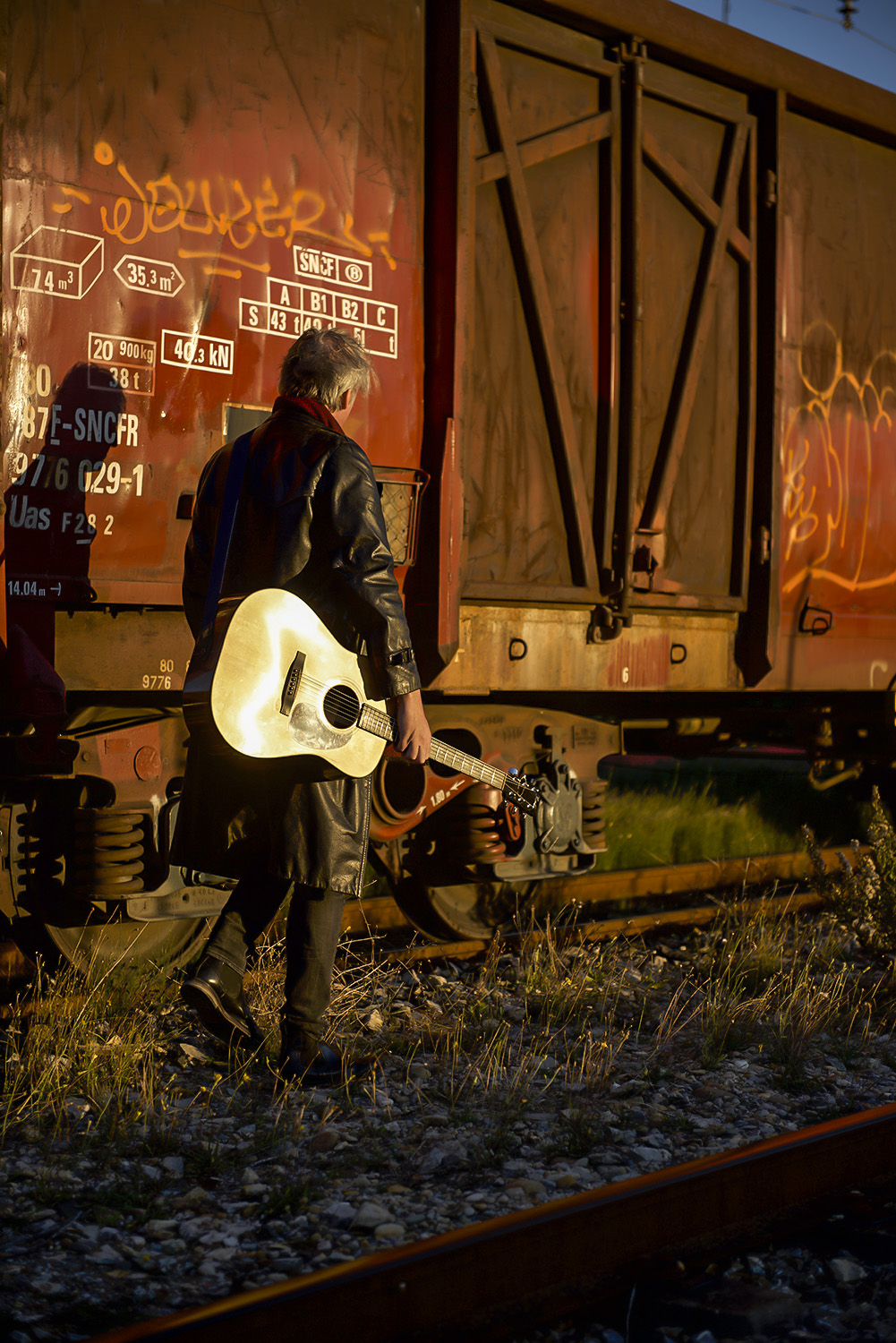 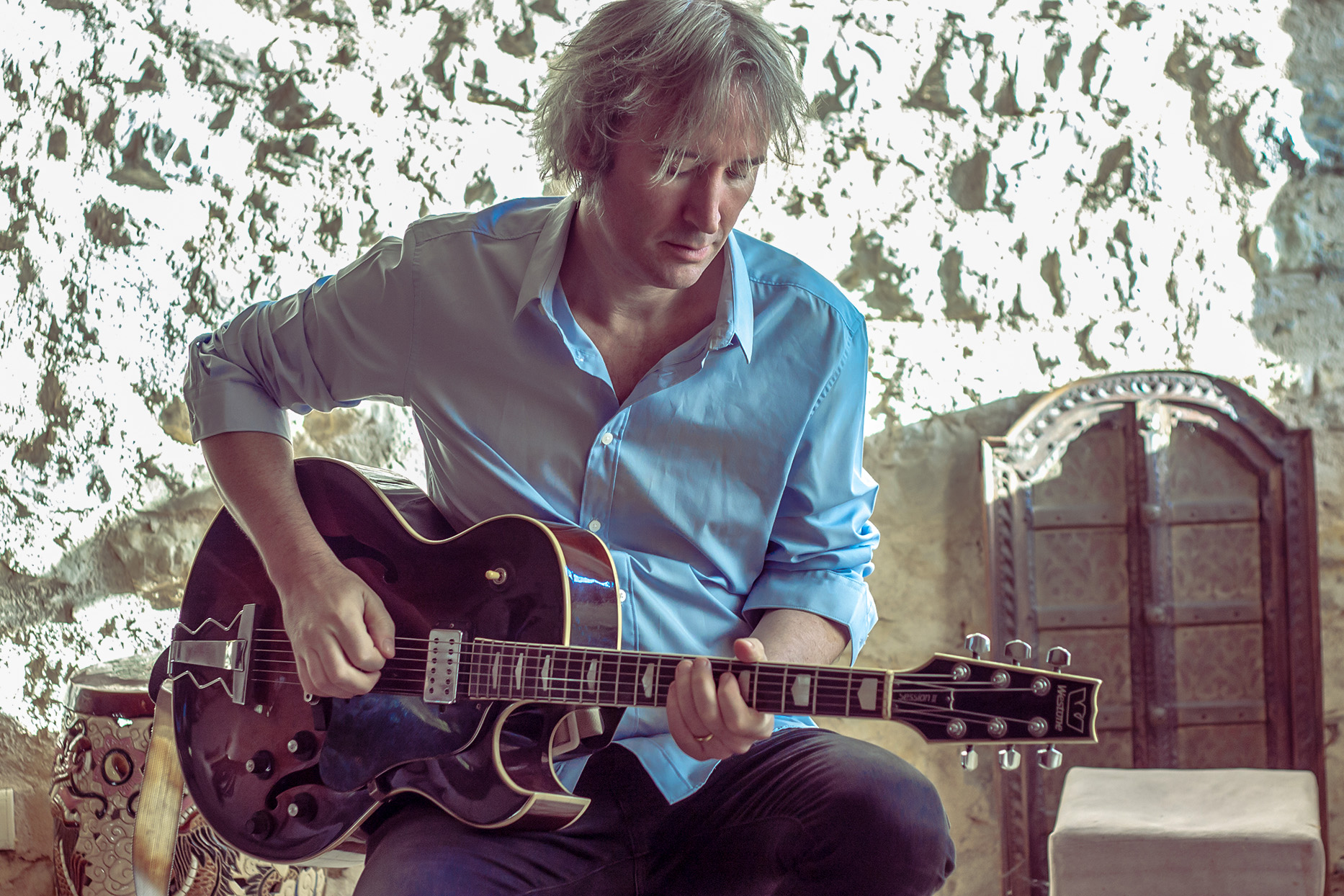 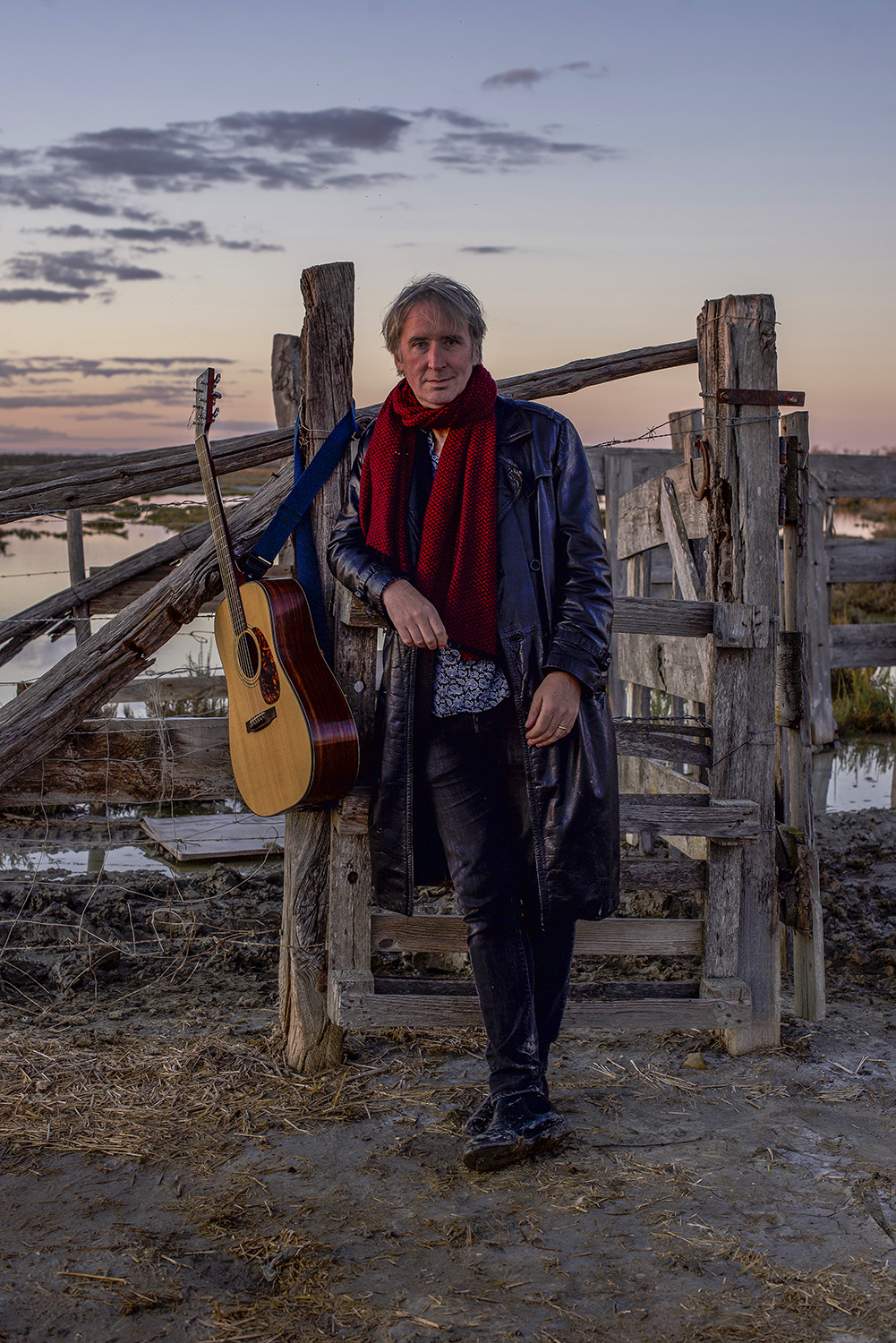 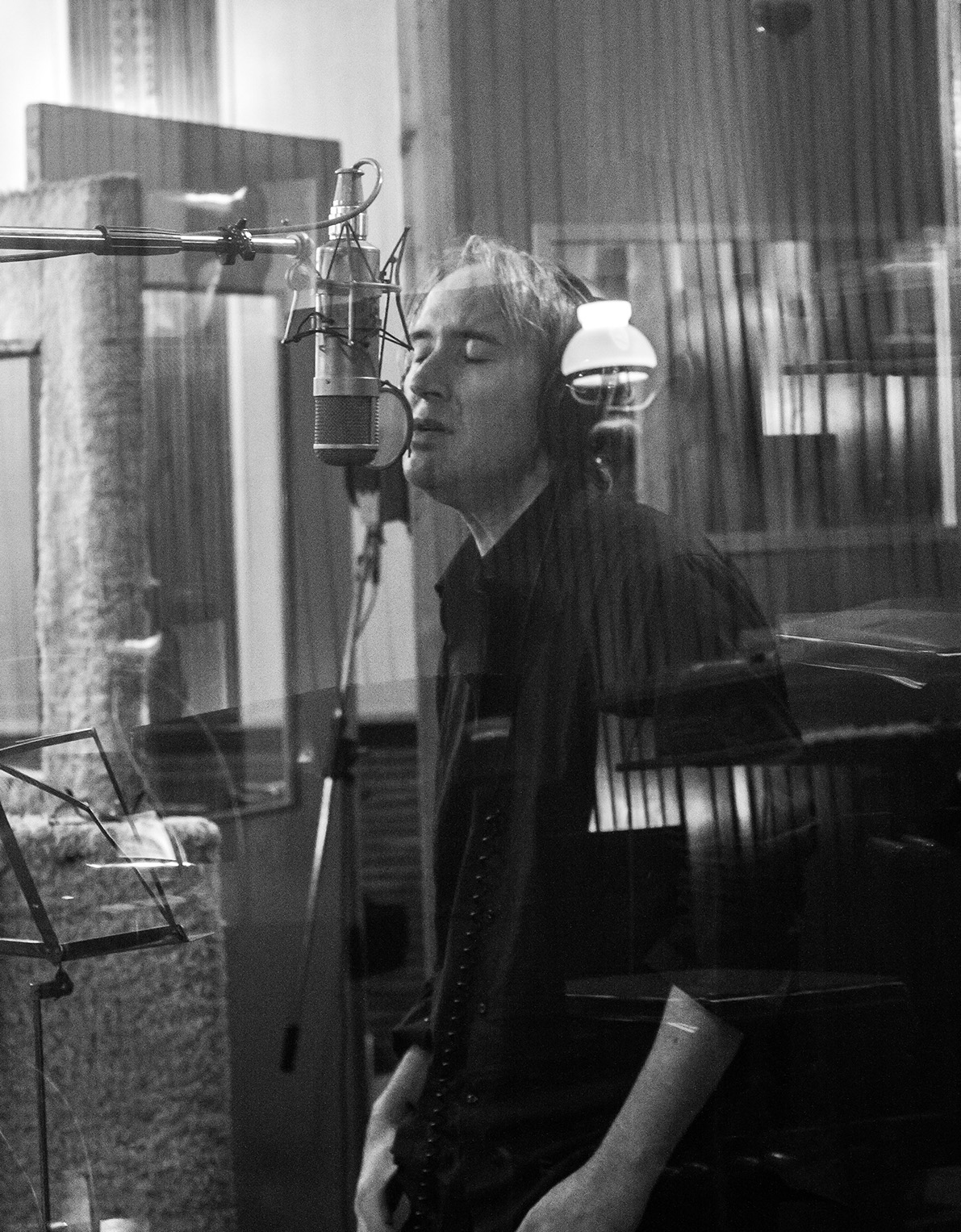 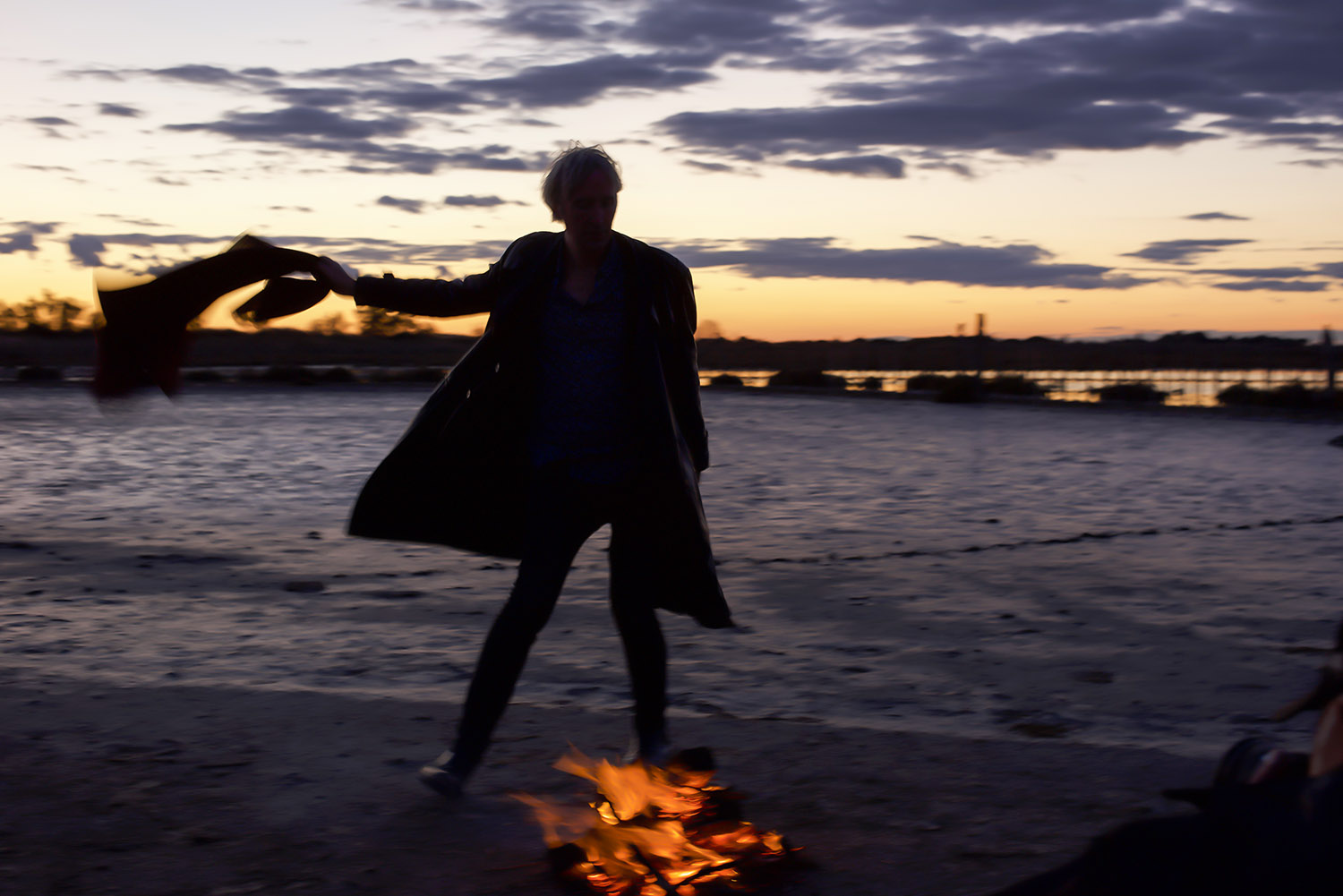